2018 has been a great season for me, especially, because I´ve improved the long distance Spanish record twice. First in the Long distance boomerang tournament in Bordeaux-Cabanac, with a score of 143m, and then, improving it again at the World Boomerang Championships held in Albuquerque, U.S.A with a score of 152m.

Evolution of my long distance boomerangs.

My interest in LD started around 2001 when I’ve built my first Challenger type boomerangs, after that period I´ve started laminating glass fiber and building a few unsuccessful prototypes.

In early 2006 a very promising prototype was created, RAYO. Made out of 3mm paper phenolic. This relative small boomerang was very reliable and easy to throw. In fact, I used it to set the Spanish Record of 128m at the Spanish Nationals in 2006.

Rayo was also used by many throwers to set personal bests and two more national records: Italian record 122m by Andrea Sgattoni, and Bulgarian record of 110m by Todor Enev. You can download the plan of RAYO here.

My next step into improving my 128m was at the 2009 European Boomerang Cup held in Laussane. In that tournament, I didn’t use RAYO but a Buzzwhipp/Voyager made by Manuel Schütz. My score there was 130m. Only 2 meters more than the previous score but enough for a new Spanish Record.

In the following years the results were not promising. Then as preparation for the World Boomerang Cup in Perth, Australia I’ve taken the decisión to change my grip. I’ve been throwing full grip in regular booms since 2005, but never got enough confidence to try LD using this grip. As a result: I improved my distance, now 141m. Since that tournament my overall view on Long Distance boomerangs changed. The throwing technique, the tune.

In the following years, I’ve participated in a few more Long Distance Boomerang Tournaments, especially in France. Bordeaux and Carcassone seem to concentrate many LD enthusiasts, and so they organize LD events on regular basis. In 2016 I threw 140m in Cabanac, enough for winning the event, but not for beating my own record. In this event, I’ve experimented with a bunch of new boomerangs. Introducing a new idea for airfoils in my boomerangs. A bit more unstable, but I realized the new potential of my boomerangs. 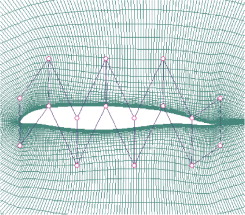 The calculations with XFLR5 showed that with a concave leading edge the drag is lower, compared to a standard LD airfoil. Anyhow, the torques are lower also, which means the flight might be slightly less stable. All data available in this link.

Again, this was just a experimental boomerang which ended up being excellent. I can´t tell the overall influence on the distance, just in the forward speed of my boomerangs.

April 2018 – Cabanac Aerodrome in the southwest of France. With very good wind conditions my strategy for the first round of throws was to stay safe and go for a normal and safe score, then I could switch to more aggressive boomerangs and go for the big score.

Well, in fact, my plan didn´t work as expected. I chose a very safe boomerang for achieving my first score. A Buzzwhipp/Voyager I’ve made out of 3mm GFEC. This boomerang has a really extreme leading edge, especially close to the wingtips where it goes a bit concave.

The first throw with it was around 110m , which was my intention. Then I decided to switch gears and go for an extreme boomerang. Unfortunately, in the successive throws I’ve got not valid returns. So I was in trouble.

My plan B : Back again to the “Safe” boomerang and try to go farther by just tune. RESULT: My next throw was 143m ¡ a new Spanish Record finally, again, just by 2 meters. 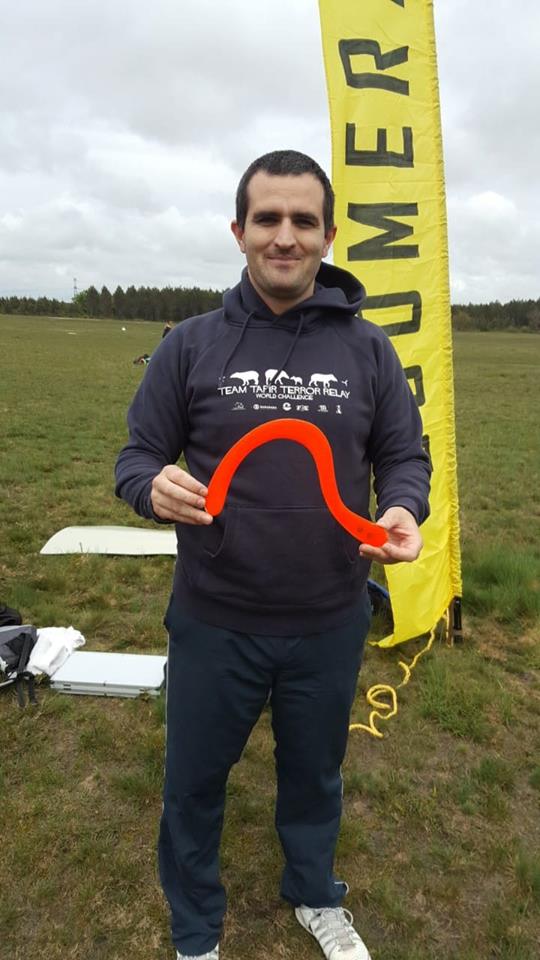 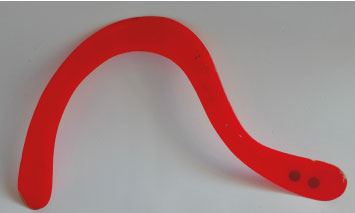 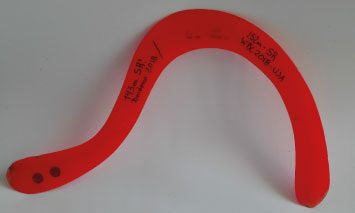 After the tournament I’ve realized that tagging this boomerang as “Safe” was a mistake. The potential distance of it was beyond my expectations.

The last stage of my 2018 season was at the World Boomerang Cup in Albuquerque, USA.

My plan this time was different. Just go with my record boomerang and see what happens. Wind conditions at the World Cup were terrible in the first rounds. Totally random direction, 360 degrees shifting in a few minutes. A total nightmare. I think my best distance in the first part of the event was around 105m. Many other throws were farther, but they missed the gate at return.

The second round was better, the wind became a bit more steady and many throwers improved their previous first-round score. (Which was full of zeros) On my first throw on the second round I’ve got 127m. Good for keeping the second place overall, but not for my intentions of beating my personal best and Spanish Record.

The last throw of my round, this is over. Now or never. I slightly tuned the boomerang before my throw and just threw it with all my power. The flight was beautiful. A huge, middle height elipse, with a crazy radical “S” at the end. The result: 152meters. Finally a new Spanish record, second place at the World Cup LD , and the feeling that I can go even farther with new versions of this “safe Boomerang”

My hint for increasing your distance is:  Learn how to tune your boomerang. YOU DON´T NEED A EXTREME BOOMERANG. Start just step by step. Experiment with it and see where the limit in tune is. I strongy recomend to build a wooden LD or even a stiff plastic LD. Carve with with conservative airfoils, not sharp at all. Then go to the field and start tuning it.  You will be surprised by how much the performance of the boomerang will change.

About the boomerang I used: 3mm GFEC, Buzzwhipp/Voyager, weighted leading wing. See details of the airfoil.