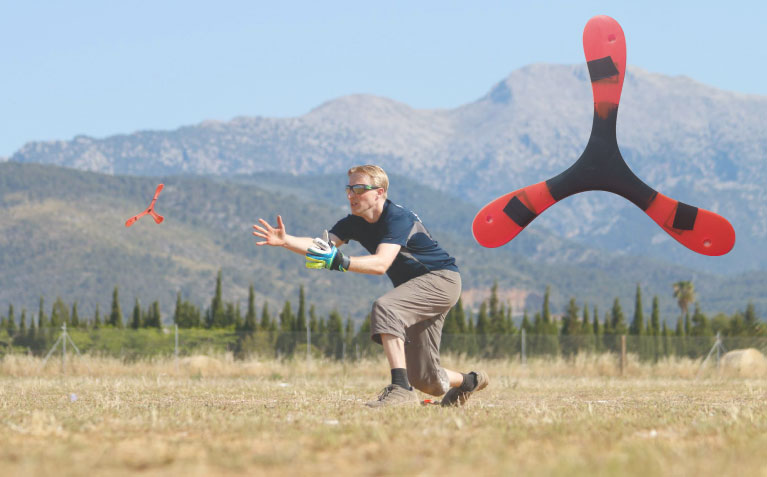 Today I would like to talk a little bit about this boomerang shape by Sprigi, that I discovered in 2016.

During training in Switzerland, I met with Stephan Spirgi, Manuel Schütz, and Andrea Sgattoni for a weekend of boomerang throwing and crafting. Lots of training together in the field, but also a very productive weekend crafting composite MTAS with Manu.

During the weekend I received a present from Stephan: an ABS FC boomerang. I looked at it and seemed very rough, almost no airfoil, very blunt. I tried to throw it several times but it didn’t fly as I was expecting. It requires a powerful throw ( Spirgi is a very powerful thrower: with the greatest SPIN I have seen so far) So I was a bit frustrated with my results. The boomerang was working well but not even close to the speed displayed by Spirgi.

One year later I decided to force myself to throw this boomerang again and started working on a better spin and release speed. The results were better and more promising so I decided to carve my own copies of this boomerang and experiment a little bit with other materials.

I´ve found a great boomerang, very fast and the most important: RELIABLE. Since then it became my favorite Fc shape, it helped me improve my scores, but also it forced me to improve my throw.

1. Can you tell us how did you develop this design and profile?

Thanks for this interview. I can’t remember, since when I’m using this shape. Many years ago and in my early years, I used it also for accuracy with a lot of holes and rubber bands to slow it down.

2. What´s your favorite material for carving it?

I like to carve it in Nylon with 9 or 11% glass fiber. Then it gets the stiffness that I need for my throw. In my early years, I carved it a lot using abs-material.

3. What’s your best performance with it in tournaments?

4. Any advice for people who wants to try it? carving or tuning tricks?

No, no advice. Just try it, and try different airfoils. You will love it.

5. Considering the power needed for this boomerang, you think is good for beginners in FC Too?

Yes. If you tape all holes, a beginner can reach a good, accurate returning boom for the FC and Endurance event

6. What’s your strategy when throwing FC and Endurance in tournaments?

Nice, that you ask this, Alejo. But that’s my big secret and I will tell it to you after you and my career come to an end.

No, I can tell you now: my strategy is: less is more. If you throw a rocket-boom, you will have maybe success in training, but in competition, everything is different. Take your second or third fastest boom and you will have a better score that using your “rocket”. Old boomer-wisdom.
So, now I wish you all a good experience with this shape. Let me know of your success with it. 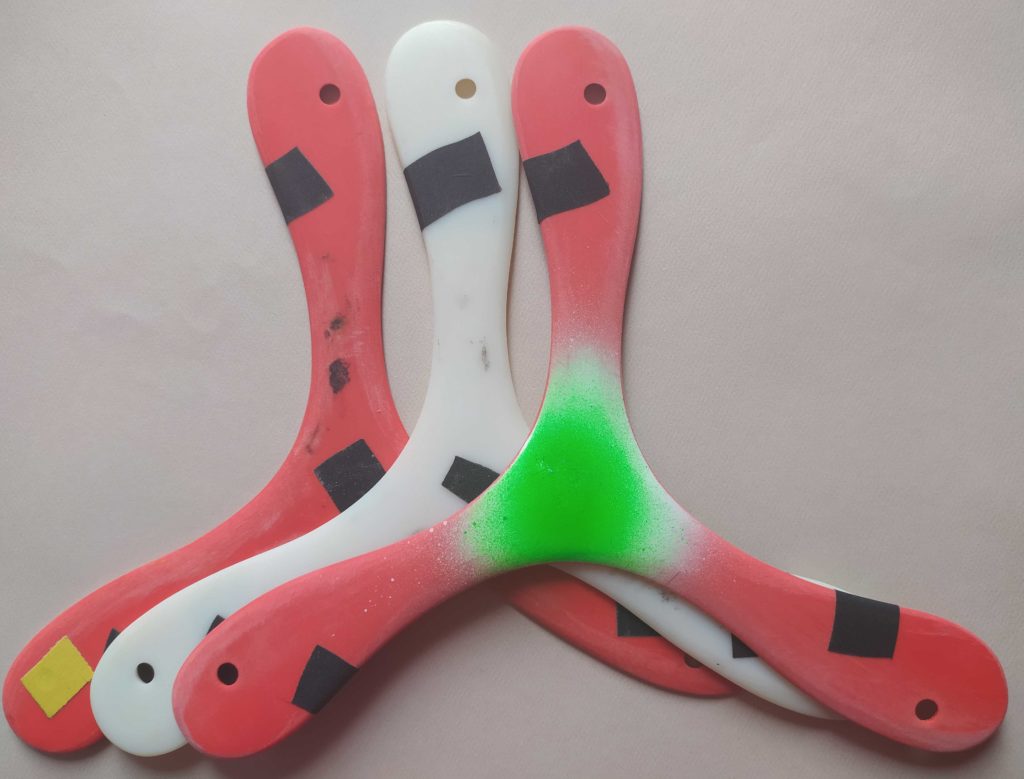